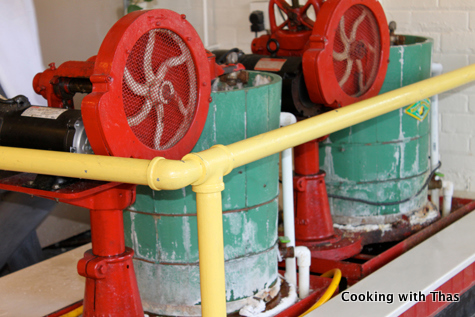 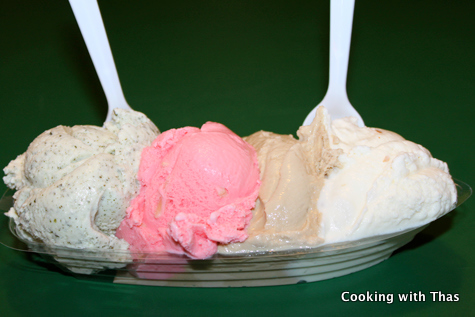 It didn’t take too long for us to meet the best ice cream in Omaha, in just few weeks after we moved to Omaha we bumped into Ted and Wally’s accidentally. Since then we stop by there quite often. As soon as you enter the store, you could see a couple of ice cream makers, my first thought was that those were just an exhibit. I was quite intrigued by seeing this and hence enquired more about their ice cream. While talking to one of the staff members there, I was enlightened that they make their ice cream in the old-fashioned way using rock salt and ice in those ice cream makers right on their premises. This information aroused my curiosity even more. After tasting their ice cream, I instantly felt it was worth writing a review about them and thus share with others. They were so glad to give out more information about their amazing ice cream.

Ted and Wally’s has been voted first place in the Best of Omaha’s 2010 category, take a look that this: 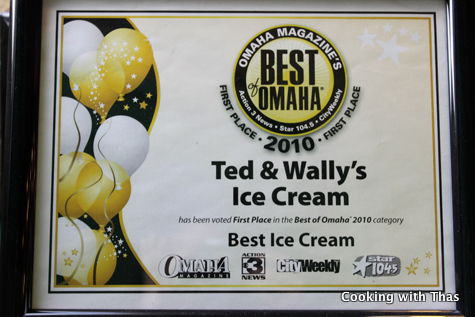 The lovely Priscilla who has been working there for 7 years was kind enough to spare some time for me and answered all my questions, also gave out other interesting information. Here is what I got from her.

How Ted and Wally’s Ice cream is prepared? 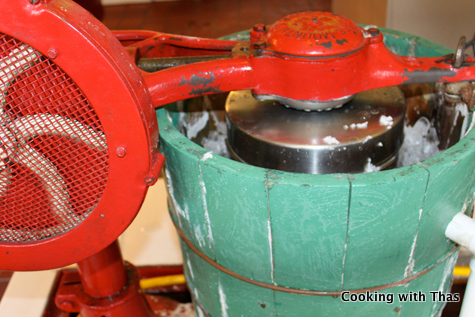 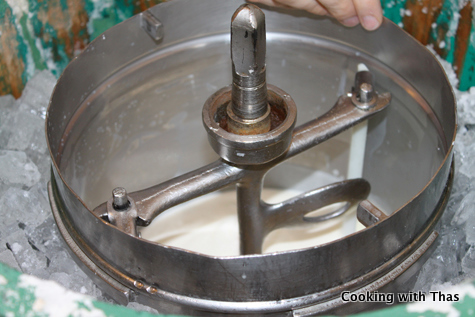 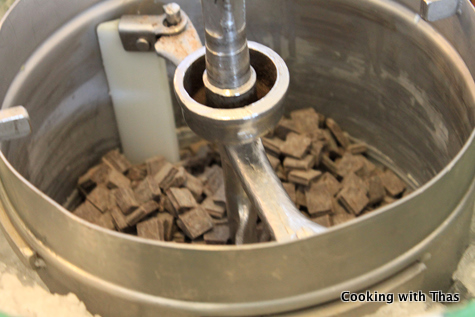 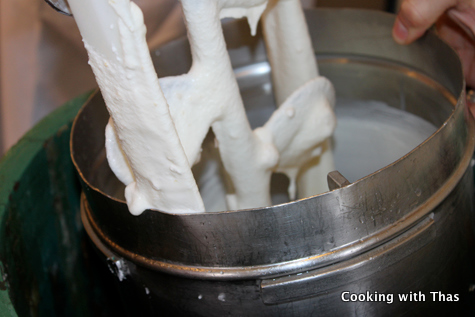 What makes their ice cream different from others?

Do they add any preservatives to the ice cream?

What are their best selling ice creams?

Do they have an ice cream with an interesting name?

What do they add in these ice creams?

Which ice cream was I more keen about ?

Do they have any yogurt ice cream?

Have they ever made a weird ice cream?

Have they ever made ice cream with alcohol in it?

What I love the most about Ted and Wally’s?

They are open everyday. In winter they make ice creams 2 days a week but in summer they are pretty busy making ice creams almost everyday and have sold up to 6 cans in a single day.

The flavors I have tried so far are Green Tea, Cherry Almond, Caramel latte, Rum Raisin, Tiramisu, French Toast, Amaretto, Dutch chocolate. My favorite among these are Tiramisu, Amaretto and Caramel latte (it’s hard to pick just one or two).

I am sure most of the people who have been in Omaha for long must have tasted this ice cream at least once. If you haven’t tasted it yet or new to Omaha, then I highly recommend this place. Beware, once you taste this ice cream you will go back often.

I believe good things are always appreciated and deserve all the praise!