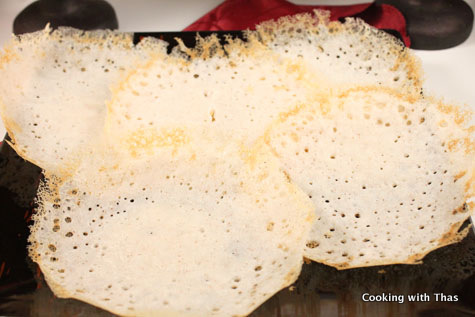 Soft and melt into the mouth rice crepes of South India…

Appam, which can be referred as “Kerala’s Laced Rice crepes” is one of the popular breakfast dishes which is served with both vegetarian and non-vegetarian curries. Appam literally goes well with almost any curries: chicken, beef, mutton or veggie korma. My sister’s favorite way of eating appam when she was a kid was by pouring coconut milk over the appam and then sprinkled with sugar; she loved it so much and now her 4 years old daughter loves it too. Like mom like daughter 🙂

Appam is made by grinding rice, fresh coconut along with coconut milk. The batter is then poured on a pan used for specially making appam, which then forms a soft crepes with crispy ends and hence the name lace. 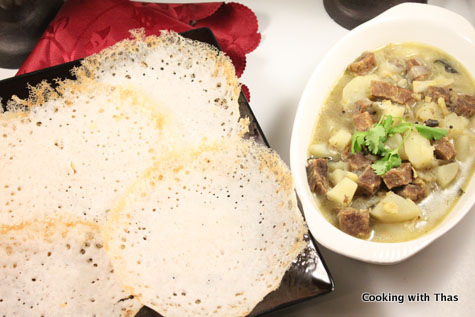 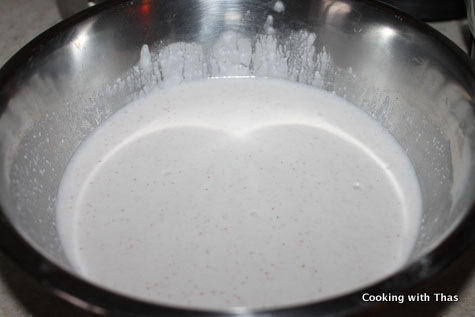 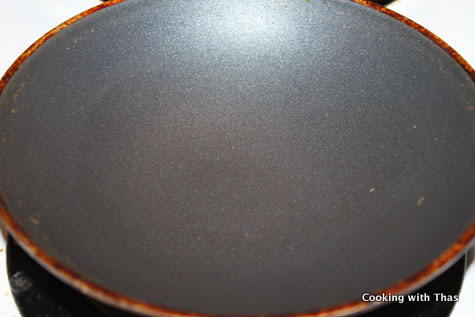 Batter poured into the pan 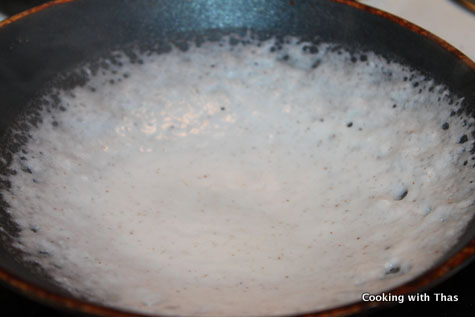 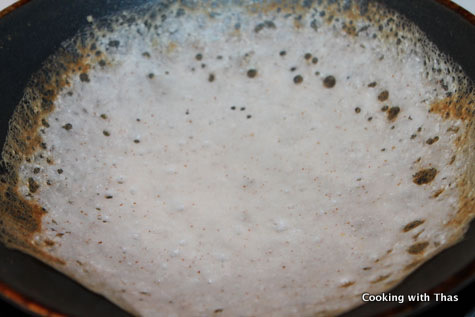