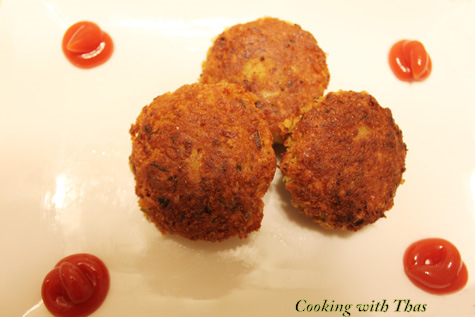 Being a hard-core non-veg, my freezer is always stacked with meat and other meat products. Surprisingly, today I found my refrigerator to be empty; there was neither any meat nor any veggies. And I really wanted to make something fried. Finally, my eyes caught on a can of chickpeas sitting at the corner on the counter top. First thing that flashed through my mind is Falafel, a very popular Middle Eastern appetizer. I always order Falafel whenever I go to Middle Eastern restaurant. Since I was looking for fried snack, Falafel was the right one to make. The best thing about making Falafel is that, it only calls for easily available ingredients and it could be made in no time.