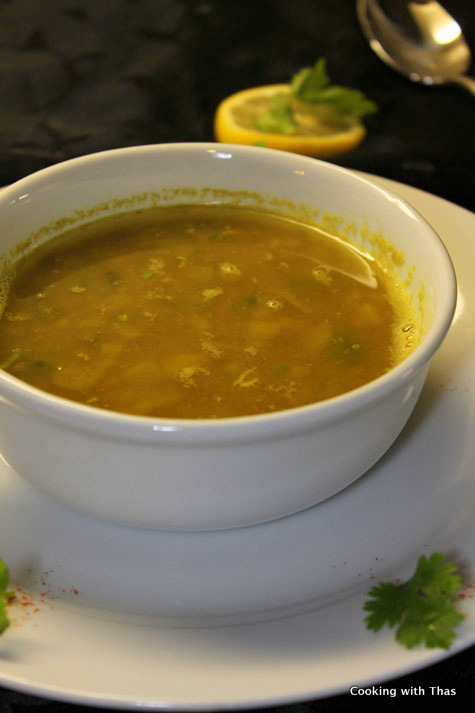 Yesterday, we had a snow storm and today we had lots of sunshine. Nature is just unpredictable and most of the times it offers us the best and we need to embrace it. I did have a lot of fun in the snow while my man was snow blowing. Kids in the neighborhood were seen sledding in the snow, some of them even made igloos and snow man. It was crazily snowing and we were celebrating it like anything. Snow brings happiness for some and it’s a disaster for others; I belong to the former category. I was so eager to get inside the igloo, but in vain 😛 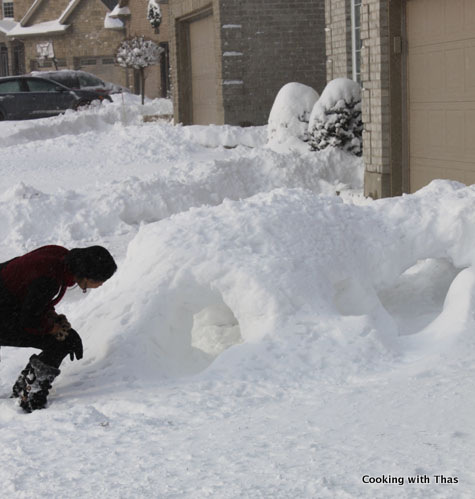 I’ve had this mulligatawny soup for the past 3 years for so many times; not made by me, but at one of the best Indian restaurants in my city. Whenever I dined at that restaurant, I started with this soup as it was the best tasting mulligatawny soup I’ve ever tasted. Many times, I was tempted to steal the recipe from the chef. However, I didn’t even bother asking for the recipe as I knew they wouldn’t reveal it. Coincidentally, I found the recipe for making this soup in a magazine after a few months. I was thrilled to see the recipe, the recipe was provided by the chef of that Indian restaurant. What more could I ask for???

This soup is commonly served in North Indian restaurants; it has red lentil, chicken and rice added to it. I made this soup to serve as a starter for tonight’s dinner. It tasted really delicious, gave the needed warmth and increased our appetite. 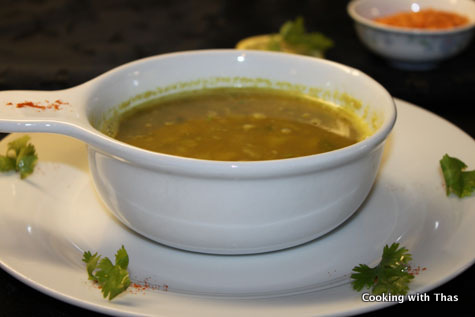 After 15 minutes of cooking