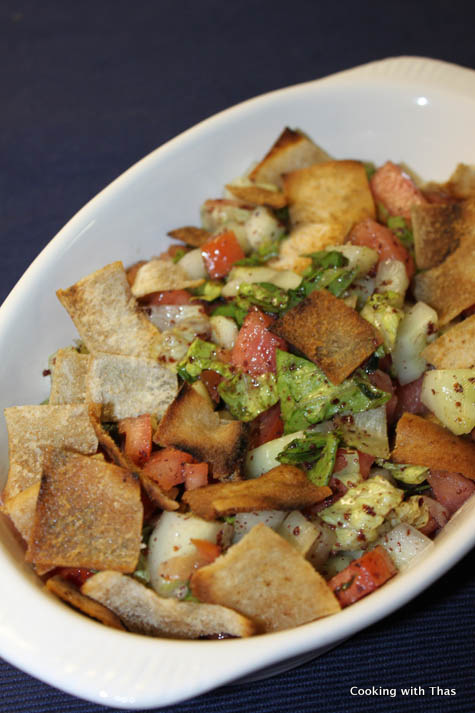 One of my favorite salads, two main stars in this salad are toasted pita bread and Sumac…

I’ve had this salad quite a few times at many Middle Eastern restaurants and at some get togethers. I don’t usually gobble up salads, I go behind real food. However, when I had a taste of this salad I couldn’t just stop eating it, I went for a couple more rounds and more. I loved the slight tanginess in this salad from the sumac, the freshness and the crunchy pita bread topped on it.

You need two main ingredients to make this salad. One is Sumac which is ground dried red berries, this is available at Middle Eastern and some Pakistani/Indian stores. Second main ingredient is the toasted or fried pita bread. You could either toast the pita bread with very little oil till crunchy or deep fry it. Fattoush topped with toasted pita bread is truly a delicacy. 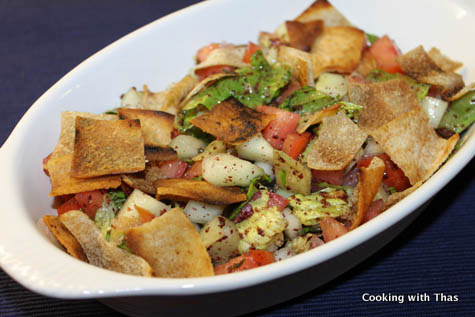 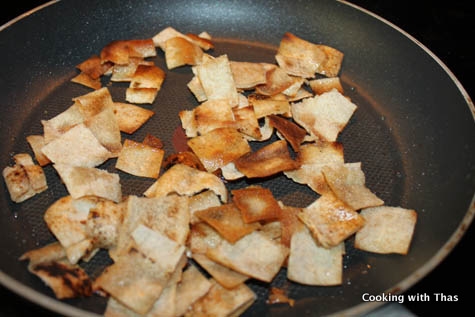