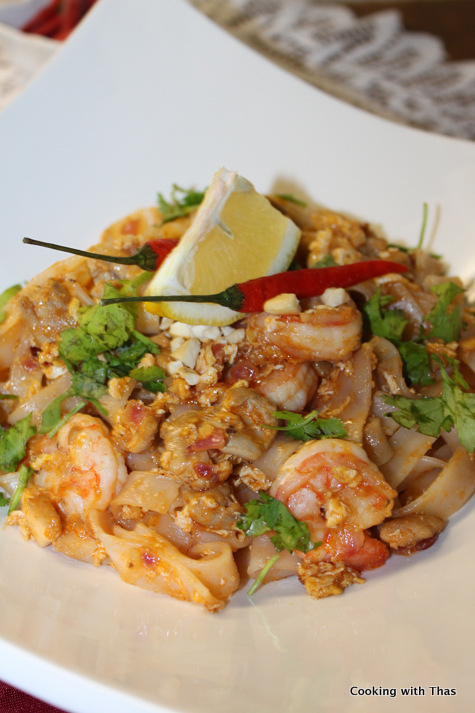 Finally, my search for the best tasting Pad Thai recipe came to an end…

Who doesn’t like Pad Thai??? I don’t think there would be anyone who can possibly dislike this dish. One of the most popular Thai dishes and is favorited by almost all the people around the globe. Thai cuisine being one of my favorite cuisines, I dine at Thai restaurant very often and can hardly resist Pad Thai.

I had tried making Pad Thai in my kitchen a couple of times, both the times it didn’t taste anything close to Pad Thai. After that, I bought the Thai Kitchen Pad Thai sauce and used that a few times. I wasn’t that keen about that sauce as well, so I didn’t bother making Pad Thai in my kitchen anymore. Whenever I got the craving, I just rushed to the nearest Thai restaurant and succumbed to my craving.

Today, I came home after work extremely tired and so felt lazy to cook dinner. I got glued to the couch, sat there flipping through the TV channels. It’s been so long since I watched any cooking shows, so I paused at some channel that showed cooking. The chef was making Pad Thai, I had no intention to make that recipe still I watched it without much interest. The sauce is the key ingredient in making Pad Thai. The sauce made by that chef was so unbelievably easy using very basic ingredients. I was really skeptical about that recipe and felt it was not going to taste good. When my very hungry man started asking about dinner plans, I forced myself into the kitchen. I had no clue on what to make for dinner, I thought for sometime and nothing hit me. Suddenly, I thought of the Pad Thai recipe, I had all the ingredients to make that and so gave it a shot without much expectation.

Unbelievable was the word that came out of my mouth after tasting this Pad Thai. I was stunned by the taste, it tasted better than restaurant Pad Thai and can be made without much effort. I am so glad that I tried this recipe even though I was skeptical. I am going to embrace this recipe for a very long time until I find a better tasting recipe than this.

Pad Thai lovers, you are going to love this version!!! 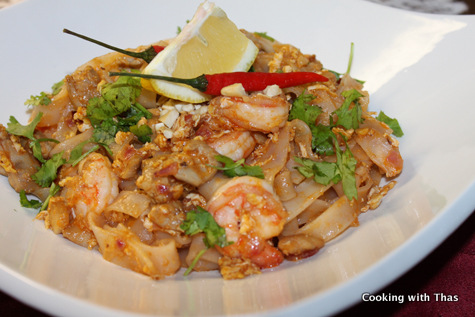 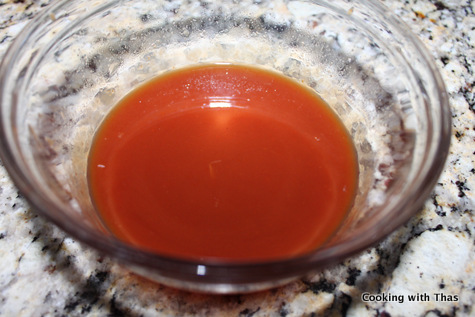 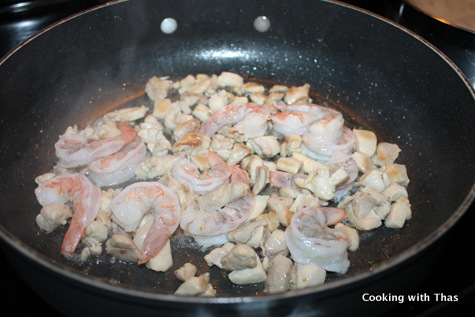 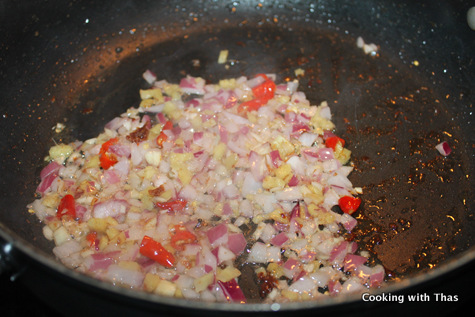 Stir frying chicken and shrimp in the sauce 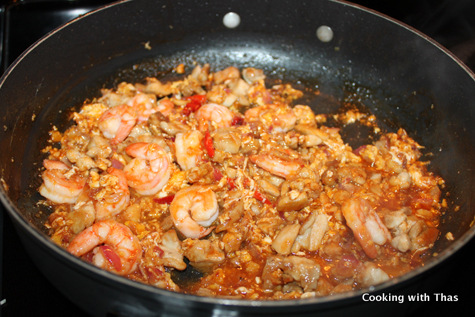 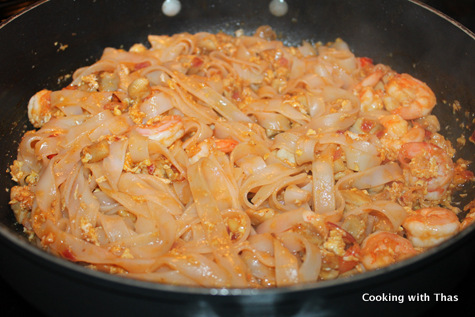