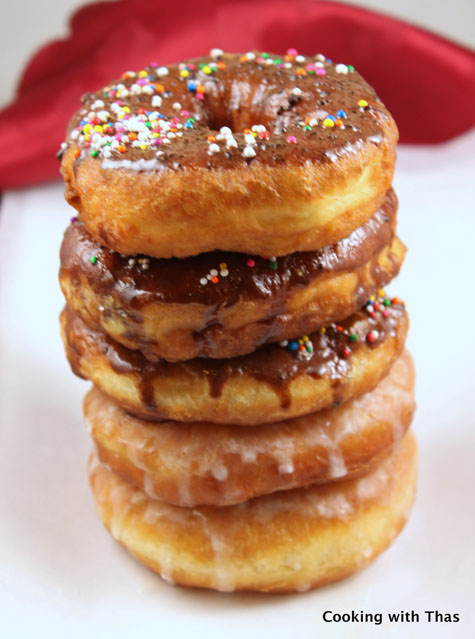 Will there be anyone who hates Donuts??? Just wondering…

If the answer is yes, I would like to meet that person. Why am I talking about hatred? Let’s talk about the everlasting love for donuts, the word donuts itself drives me crazy. Donuts are my most favorite among the pastry family, being a die hard fan of it I can devour it everyday and my love for it will never cease. Is there anyone in the same boat as me??? If so let’s talk donuts…

While growing up in Kerala I haven’t seen donuts in any of the pastry shops as it was not available there. If it was available I wouldn’t have missed out at any cost. I first tasted donuts in Michigan from Krispy Kreme. That shop was so much fun as they make donuts right infront of us and we can taste it as soon as it comes out fried and still hot. One bite of that warm glazed donuts for the first time and I was out of this world. I instantly, immediately, suddenly and without any second thought fell in love and became a slave of it forever. I’ve tried donuts from several shops, for me Krispy Kreme makes the most delicious donuts. I felt so sad to hear that they have closed down most of the shops in the US and pretty soon they would shut down their business.

I prefer glazed to chocolate covered donuts, sometimes just to avoid extra sugar glaze I go with the sour cream plain. I have thought of making donuts in my kitchen a million times, each time I am hit by this thought my evil mind would pop up and brain wash me to just get it from the store and to enjoy it with a cup of cappuccino.

Last weekend, I had to attend a potluck party. While planning what to whip up, the thought of making homemade donuts excited me. Well, this time I tricked my evil mind and entered the kitchen in all spirit and started making donuts. I had to do some intense research for a good recipe to make donuts. I surfed through the internet and finally saw the recipe for making Glazed doughnuts posted by Lara Ferroni and I literally stopped my search as I felt that recipe is going to help me in making some terrific donuts. The picture of the donut captured my heart right away. Not to mention the donuts turned out to be perfect, it was fluffy, soft and delish. I knew little about Lara Ferroni when I made these donuts. After indulging in the homemade donuts and after getting some rave comments from my friends at the potluck party, I was full of gratitude for Lara for sharing such a wonderful recipe. I then googled her name and guess what? She’s in deed a donut queen. She has written a book just for doughnuts which can be found at Amazon and she had shared several dounut recipes on her website. 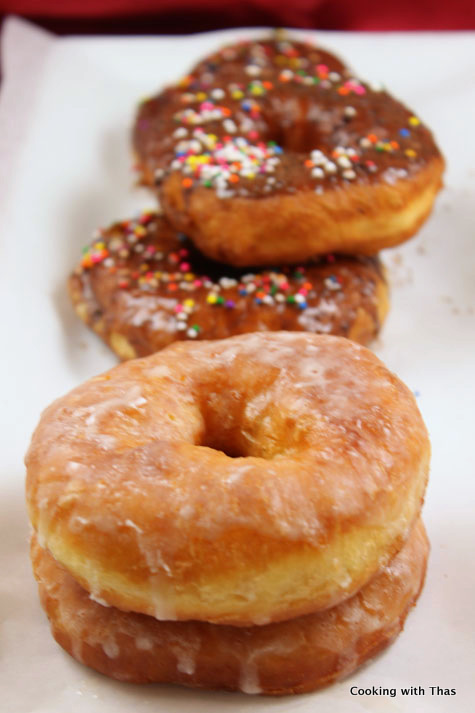 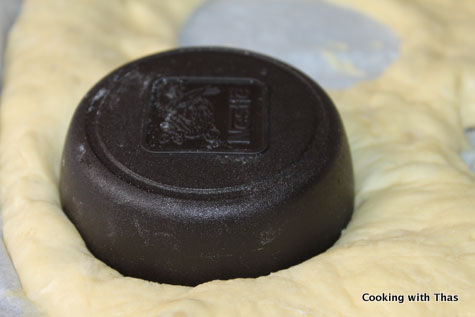 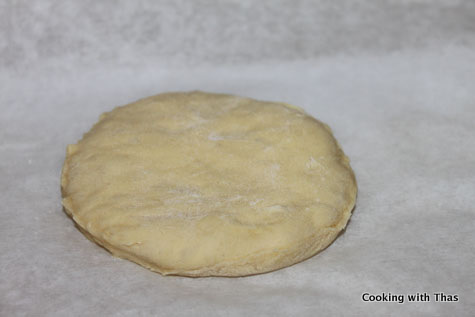 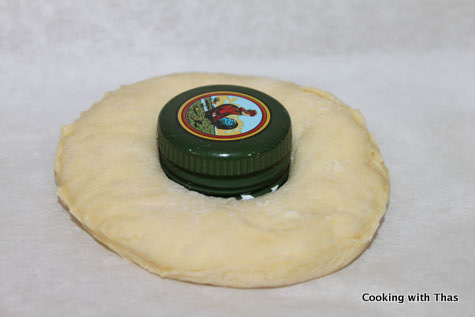 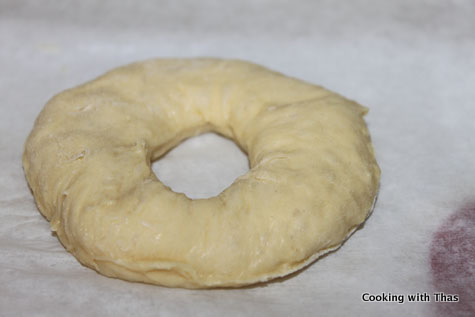 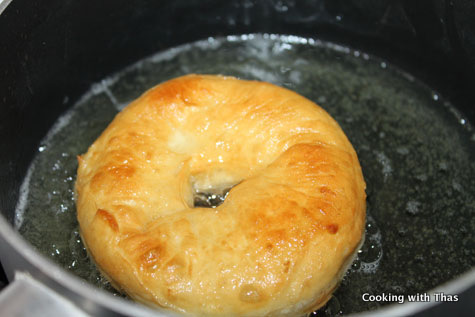 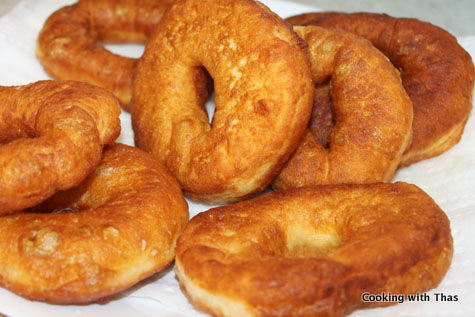 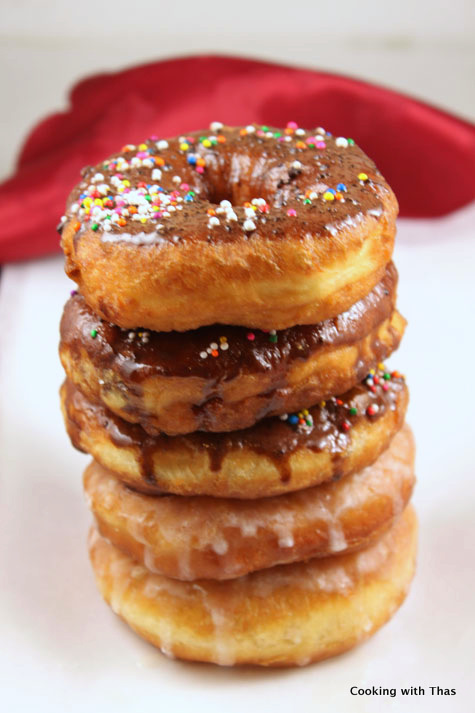 Print
Prep time
1 hour
Cook time
3 hours 30 mins
Total time
4 hours 30 mins
Author: Thasneen
Recipe type: Dessert
Cuisine: American
Ingredients
For the basic glaze
For the chocolate glaze
Instructions
Make the glaze
Notes
Notes: These donuts did absorb some oil. According to Lara, the reason why Krispy Kreme or store bought ones are not oily is that they add soy flour while making the dough which reduces the oil absorption and increases the shelf life as well.
3.5.3251