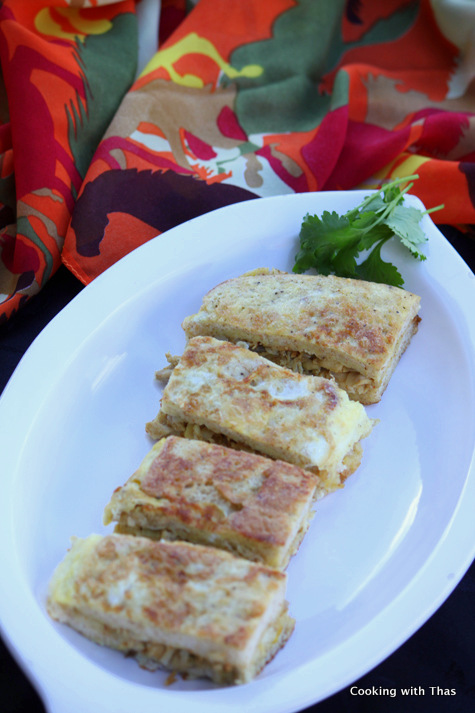 Bread stuffed with chicken masala and cooked in a pan, more like a savory bread cake, this is known as Bread pola…

I’d already shared the recipe for making Kai pola (with plantain) and Erachi Pola (bread is made into a batter and cooked with chicken filling). The other day, while talking with my sister about some snack ideas, she told me about bread pola and asked me to use the bread slices as it is and then spread chicken filling over it. Wow, why didn’t I think about that? It was in deed an awesome idea and I was sure it would be easy to make.

So, I tried making bread pola and I fell head over heals, it was stunningly delicious. You just need to make the chicken filling and the rest of the preparation method is quite easy. Bread slices were dipped in egg and placed on the pan as the bottom layer. Chicken Masala was spread on it and again bread slices were placed over the chicken masala and cooked over low heat. The bread pola resembles to a cake and can be cut into slices. Tasted delicious and it was quite an easy snack to make. 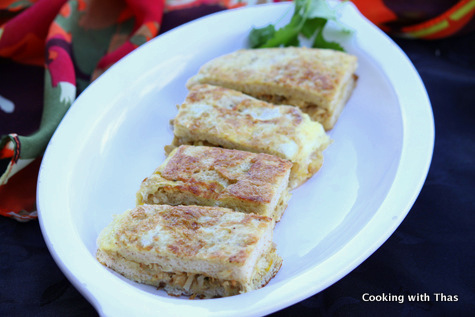 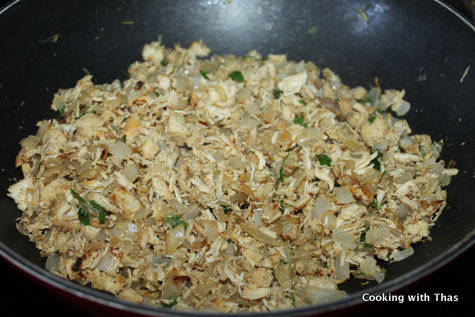 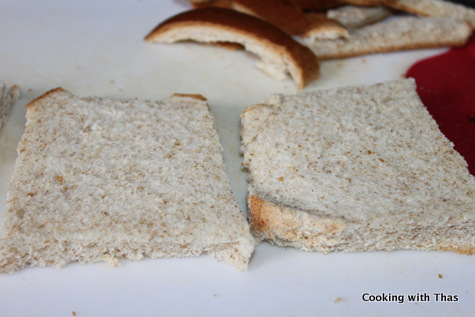 Dip the bread in egg 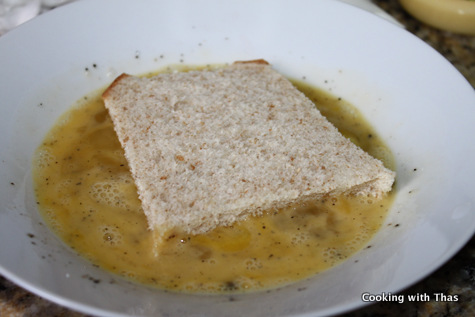 Place bread as bottom layer without any gaps 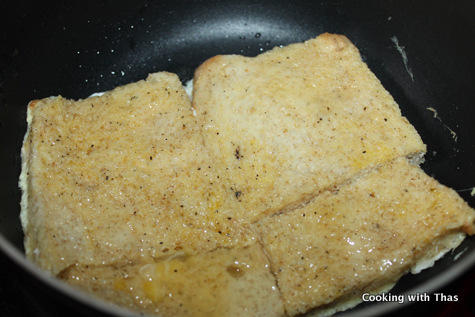 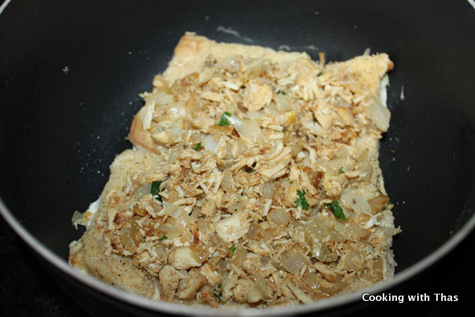 Place the bread layer over the chicken  masala 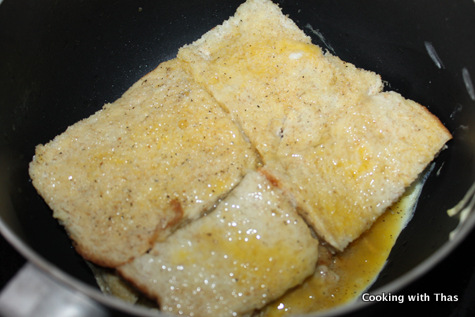 Flip it over onto a plate so that the bottom layer is on top of the plate, then slide the bottom uncooked layer into the pan 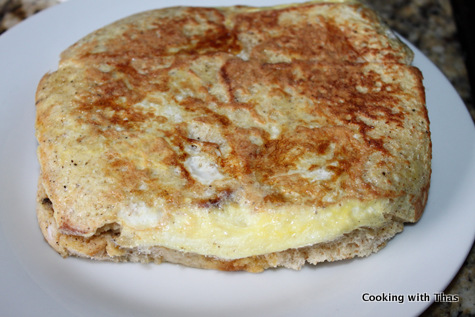 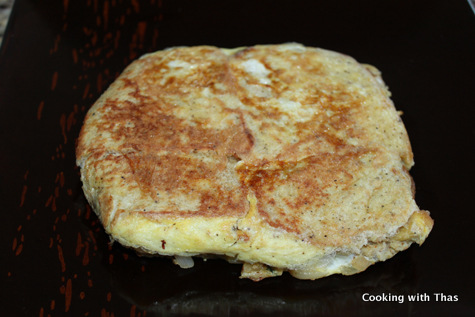 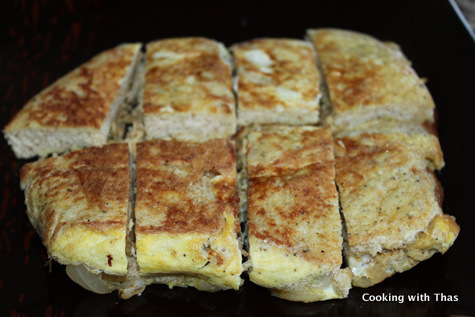 Or mix the chicken masala with cooked potatoes, make into cutlets and pan fry or deep fry it.
3.5.3251